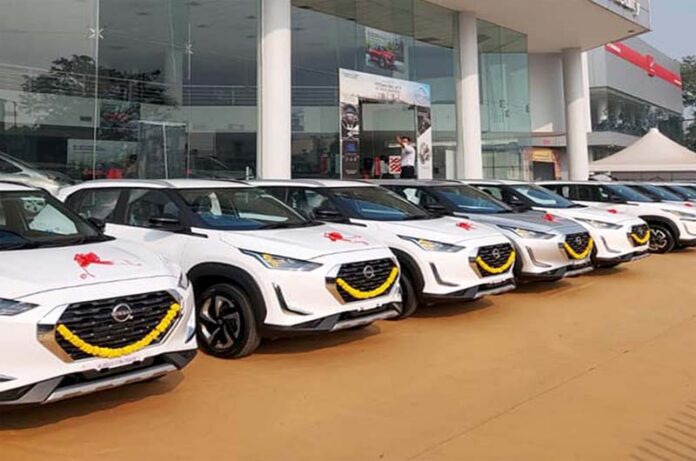 With the easing of lockdowns and travel restrictions in several states, almost all the major carmakers witnessed substantially high sales in July. Besides the pent-up demand, the low base a year ago also contributed to auto companies posting higher sales numbers during the month.

Maruti Suzuki, the largest car manufacturer in the country, sold 1,33,732 units in July, registering a 37 per cent YOY growth compared to the same month last year. The carmaker sold 89,953 units of sub-compact hatchbacks and sedans last month as opposed to 68,787 units in July 2020, registering a 30.77 per cent growth. As for utility vehicles like Ertiga, Vitara Brezza, S-Cross, and others, it sold 32,272 units of such vehicles as compared to 19,177 units sold in July 2020, an increase of 68.28 per cent.

South Korean carmaker Hyundai dispatched 48,042 units in July marking a growth rate of around 26 per cent on a year-on-year basis. The company’s seven-seat Alcazar contributed significantly to these figures. The auto major had sold 38,200 units in the same month a year ago. Commenting on July numbers, Mr Tarun Garg, Director (Sales, Marketing & Service), Hyundai Motor India Ltd, said, “A positive growth momentum is clearly visible in the passenger vehicle Industry with the stabilisation of macro-economic factors, good monsoon and increase in consumer shift towards personal mobility.”

Tata Motors recorded a whopping YOY growth of 101 per cent in July 2021 with 30,185 units sold. This is more than double the number of cars it sold in the same month last year. The company managed to achieve this feat largely by ensuring a diversified and fresh portfolio with launches like the Dark Editions of Harrier, Nexon, Nexon EV and Altroz along with Tiago NRG.

Nissan posted the highest YOY growth at 443 per cent. The automaker sold 4,259 units, up from 784 units registered in July last year. Mr Rakesh Srivastava, MD, Nissan Motor India, said, “Customer sentiments have improved with opening of most of the markets. Nissan has achieved its highest sales in the last three years.”