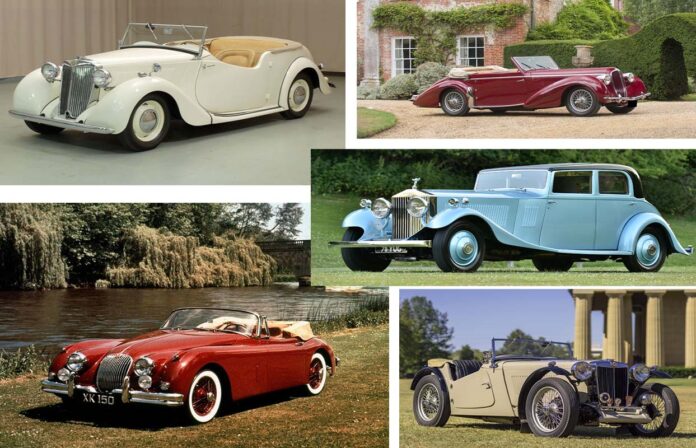 Cars have been a marvel of engineering for people in general with most using them as a means of commute. While today we have them in all sizes and styles, the flavour of vintage cars remained favourite among automobile enthusiasts across the world. These classic cars have stood the test of time to emerge as all-time favorites amongst automobile enthusiasts. Here is a list of top five vintage car models in India.

Launched in 1945, the TC Midget was the first postwar MG. It featured a 1,250 cc (76 cu in) pushrod-OHV engine with a slightly higher compression ratio of 7.4:1 giving 54.5 bhp (40.6 kW) at 5200 rpm. The car’s XPAG engine is well known for its tunability. All TCs utilized a (single battery) 12-volt electrical system, and came with 19″ Dunlop wire wheels. The car also featured an automatic mechanical timing advance built into the ignition distributor. A total of 10,001 TCs were produced, making it a classic.

Another headturner from the English-origin carmaker, the MG YT was launched at the Motor Show in 1948. The featured sleek instrumentation with a tachometer (or rev counter) in front of the driver, and the speedometer positioned in front of the passenger with a central bank of subsidiary dials in the centre, giving it a classic sporty look.

Famed as the “Coupe des Alpes” after its success in the Alpine Rally, the Delahaye 135 featured a 3.2-litre overhead valve straight-six with four-bearing crankshaft derived from one of Delahaye’s truck engines. The car’s power was 95 hp (71 kW) in twin carburetor form, but 110 hp (82 kW) were available in a version with three downdraught Solex carbs, offering a 148 km/h (92 mph) top speed.

The Jaguar XK150 is a sports car produced by Jaguar between 1957 and 1961. It was soon followed by the roadster without full weather equipment, the XK150 OTS (open two-seater) in 1958. Minimal rear seats were fitted in the coupés. The open two-seater was fitted for the first time with wind-up windows in taller high-silled doors, but retained the very simple folding roof of its predecessors.

The Rolls-Royce Phantom II was the third and last of Rolls-Royce’s 40/50 hp models. The car replaced the New Phantom in 1929 by using an improved version of the Phantom I engine in an all-new chassis. A “Continental” version, with a short wheelbase and stiffer springs, was offered. By the time the production ended for this beauty in 1936, there were a mere 278 of Rolls Royce Phantom II cars manufactured across all variants, making it one of the rarer models.