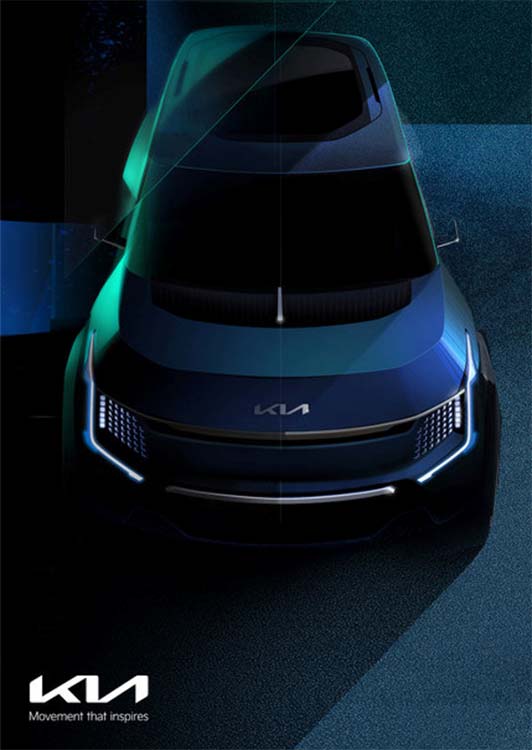 Kia Concept EV9 is an intriguing glimpse into the future direction of the all-electric SUV, combining progressive design, state-of-the-art tech, and an advanced all-electric powertrain in one pioneering package, said a press release issued by Kia Corporation.

The first visuals of the concept SUV show an ultramodern exterior design, the schematics of which hint at a contemporary recreational treatment that’s brought to the fore by an upright and capable stylistic stance, said the release.

The renderings illustrate a highly conceptual cabin that has been honed to give the driver and passengers a light, flexible and adaptive interior space as the experience of the journey evolves.

A stunning interactive ultra-wide display and a radical new take on the traditional steering wheel are just two of the standout interior features.