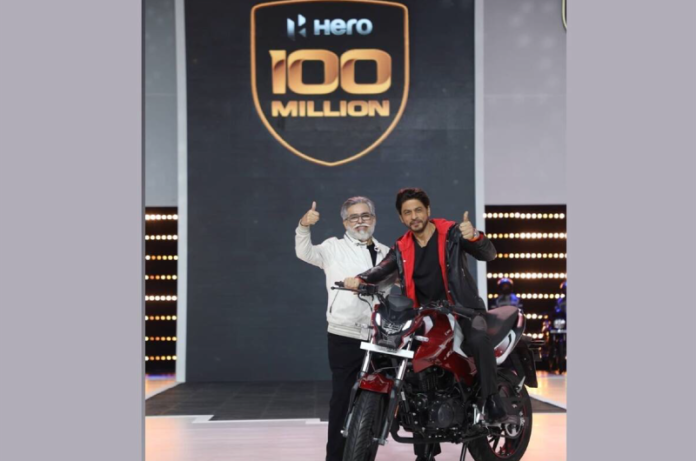 Hero MotoCorp, the world’s largest manufacturer of motorcycles and scooters, on January 21 surpassed the significant milestone of 100 million (10 crore) units in cumulative production.

The 100-millionth bike, Xtreme 160R, was rolled out of the company’s manufacturing facility in Haridwar.

This is also the 20th consecutive year that Hero MotoCorp has retained the coveted title of the world’s largest manufacturer of two-wheelers, said a press release.

Hero MotoCorp’s achievement of this landmark is one of the fastest global achievements of the 100 million cumulative production mark, with the last 50 million units coming in a span of just seven years.

Dr Pawan Munjal, Chairman & CEO, Hero MotoCorp, said, “This significant landmark is also an affirmation of the inherent capabilities in India and Hero’s Brand appeal. We have been making in India, for the world – and this milestone is an acknowledgment of the customers’ preference for Hero across geographies, demographics and generations.”