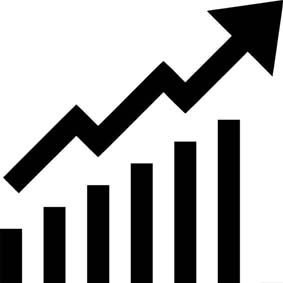 The quick recovery witnessed in the automobile industry during the first two months post-lockdown continued in September with most manufacturers posting double-digit growth.

Market leader Maruti Suzuki India Limited (MSIL) saw an uptick of 30.8 per cent in its total sales over the same period the previous year. The company registered total sales of 1,60,442 units during the month, which include domestic sales of 1,50,040 units and 2,568 units for other OEMs.  In addition, it exported 7,834 units.

The company emphasized that its performance during the period has to be seen in the context of lower base of September 2019.

The country’s second largest carmaker Hyundai Motor India Limited (HMIL) sold a total of 50,313 vehicles during the month as against 40, 243 in September 2019 clocking a growth of 25 per cent. The company highlighted that its latest models have contributed to its growth for September 2020.

Mr Veejay Nakra, CEO, Automotive Division, M&M, said, “At Mahindra, we are happy to witness a growth of 6 per cent in utility vehicles. It is also encouraging to see that the enquiry and booking levels in September were significantly higher compared to the previous months, both for UVs and SCVs.”

Commenting on the performance, Mr. Naveen Soni, Sr. Vice-President, Sales & Service- TKM, said, “We are seeing demand pick-up and a lot more confidence in our dealers, thereby witnessing a 14 to 18 per cent growth in orders when compared to last few months. September has been our best month so far, ever since the pandemic hit us in March 2020. Factors leading to this can be attributed to the pent-up demand amongst customers as well as the onset of the festive season.”

According to information culled out from media reports, Tata Motors posted a whopping y-o-y growth of 141.7 per cent by selling 21,200 vehicles during the month as against 8,773 in September in September last year. Mr Shailesh Chandra, President, PVBU, Tata Motors, said, “In September 2020, wholesales were higher than retail ahead of the festive season. Despite challenges owing to rising COVID-19 cases across the country, supply-side has been progressively improving.”

Skoda Auto India retailed 1,328 units in the month of September 2020, as against 1,040 units in August 2020 – registering a growth of 28 per cent. The company also registered a retail growth of 7 per cent in September 2020 as compared to September 2019, according to an official press release.

While MG Motor India recorded 2,537 retail sales for September, Kia Motors registered its highest-ever sales of 1145 during the month, driven by Sonet which made its debut in the beginning of the month.

In the two-wheeler segment, Hero MotoCorp, the largest seller of two-wheelers the country, recorded total sales of 7,15,718 units in September 2020, which it claims to be the highest sales in a single month in the calendar year of 2020.

Bajaj Auto recorded its highest-ever monthly exports at 1,85,351 units in September 2020 with a growth of 16 pc. Its commercial vehicle sales, however, continued to decline.

The sales of commercial vehicles improved month-on-month with September 2020 witnessing single-digit decline as compared to the same period last year. However, the overall inquiry levels of the segment are still at all-time lows despite the healthy uptick in demand from the e-commerce, FMCG and agriculture transport sectors.

Mr Girish Wagh, President, Commercial Vehicles Business Unit, Tata Motors, said, “In September 2020, the off-take was higher than retail, as we prepare for sequential improvement in retails in the coming months. Our BS-VI products are receiving very good response from customers.”

Tractors’ demand continued to be buoyant backed by a very good monsoon, higher kharif acreage and continued Government support. According to an Escorts spokesperson, the rural demand continues to remain positive led by lower base of last year, pent-up demand from COVID-19 related lockdowns, and fundamentally positive macroeconomic factors.