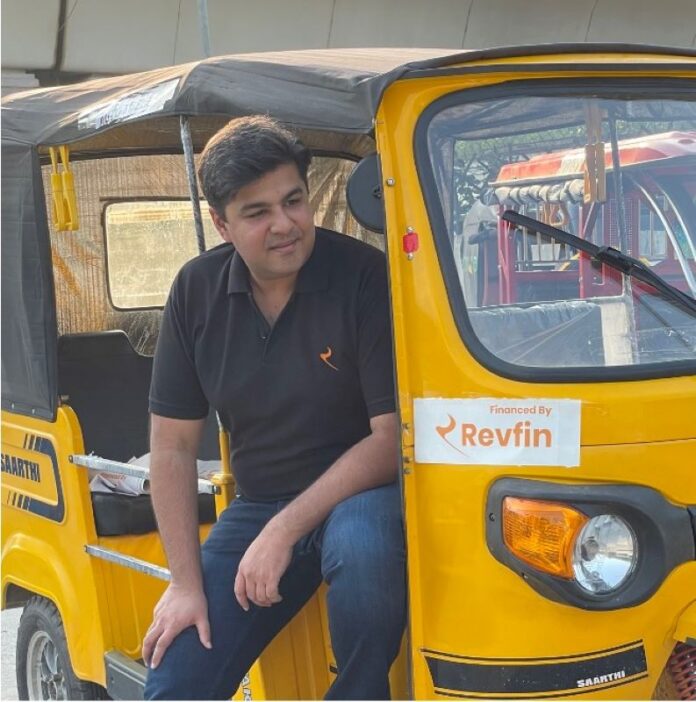 Revfin, India’s largest EV financing platform for individual drivers has closed its Series A round of funding worth $ 10mn in a combination of equity and debt. The funding round was led by Green Frontier Capital (GFC), India’s first-ever VC fund focusing specifically on climate investments, which is managed by Sandiip Bhammer and Rudra Dalmia and LC Nueva Investment Partners, a partnership between Singapore’s Lighthouse Canton and New Delhi based Nueva Capital, alongside participation from existing investors. In connection with GFC’s investment, Ajay Gupta, Senior Partner Emeritus at McKinsey & Co. will also be joining the board of Revfin. Gupta is an alumnus of IIT Delhi and Stanford University and sits on the board of several companies in the US and India.

Revfin has set a bold ambition of financing 2 million electric vehicles in the next 5 years. The company has already financed over 10,000 electric three wheelers in 14 states. Revfin will use the funds from this round to expand its geographical footprint to 25 states and capture over 10% national market share of financed electric three wheelers. The funds will also be used to diversify in to two wheelers for last mile deliveries and four wheelers for mid mile cargo delivery and ride share taxis.

Sameer Aggarwal, the Founder and Chief Executive Officer, Revfin said, “Electric three wheelers have a market share of over 50% sales nationally. We expect the two-wheeler market to follow a similar trend in the next 2-3 years with four wheelers following shortly after. With a high monthly growth rate of 15%, Revfin will continue to dominate the EV financing market. Our deep expertise in technology enables us to underwrite financially excluded customers in under 15 minutes. This fundraise will help us accelerate EV adoption across the country and help India achieve its carbon objectives.”

RevFin provides potential buyers of different types of EVs (e2W, e3W, L5 and small fleets through OEMs and fleets) with financing products which verify the borrowers’ identities and then disburse loans to them digitally and quickly (within 16 mins) with low-level of NPAs (less than 2%). RevFin’s proprietary method uses psychometrics, bio metrics, telematics, gamification, and geo-limiting to underwrite risks.

“We are thrilled to announce Green Frontier Capital’s lead investment in the Series A round of RevFin, which is India’s No. 1 EV financing company. We strongly believe that India’s EV revolution is being driven by 3-wheelers and scooters and, in this regard, RevFin has already demonstrated promise of significant scalability in India’s EV financing segment, which continues to remain under-served. More importantly, in doing so, Revfin is also supporting climate action, financial inclusion, women empowerment and financial literacy, which is highly commendable.” said Sandiip Bhammer, Managing Partner of Green Frontier Capital.

“There are not many financing options available in the Indian EV market even though the potential to scale this segment is vast as a significant part of the country is yet to adopt these vehicles. We are excited about Revfin’s approach to using technology to provide loans to traditionally underserved individuals in India for purchasing electric vehicles for commercial purposes. They lend through their own NBFC because most of the buyers are from small towns with no banking transaction data and have a very low level of education. As the company is set to expand its presence in the country, we are very excited to be a part of this journey.” said Sohil Chand, Founding Partner & Chief Investment Officer of LC Nueva AIF.