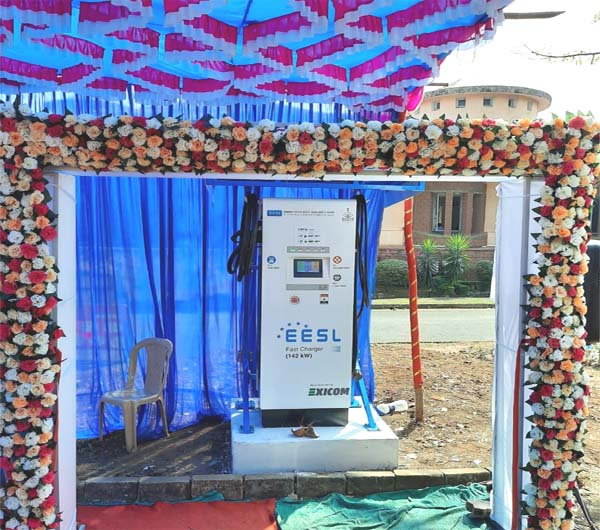 The EV charger has been installed by Convergence Energy Services Limited (CESL), a wholly owned subsidiary of the Energy Efficiency Service Limited (EESL), at the Assembly complex of Goa Legislative Secretariat. It is a 142 KW fast charger and is first among the 12 public EV chargers to be set up by CESL.

The Chief Minister also flagged off two electric vehicles — a Hyundai Kona and a Tata Tigor.

Speaking on the occasion, Dr. Sawant said, “The Goa Government is hoping to set an example for the nation by emerging as a frontrunner in electric vehicle standards”

Mr Nilesh Cabral, Power Minister of Goa, said, “The Goa government has an agreement with EESL for deploying EVs to Govt. departments and developing infrastructure for charging the Electric vehicles wherein CESL is the implementing agency. I congratulate CESL on the successful commissioning of Goa’s first public EV charger.”

Ms. Mahua Acharya, CEO & MD, CESL, said, “With vehicular pollution being a persistent source of reduced air quality within the state, rapid adoption of zero emission vehicles is of great importance and so is the deployment of proper EV charging infrastructure.”