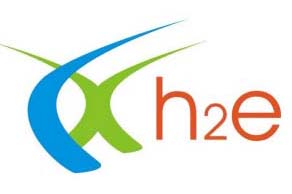 The project is being carried out under a Indo-Canadian programme funded by GITA, a public-private partnership between Technology Development Board, Department of Science & Technology, Government of India and CII.

According to a press release, the hydrogen three-wheeler concept targeted to inter-city public and goods transport integrating h2e’s fuel cell technology with a low-cost and low pressure (50bar) hydrogen cylinder, which is a path-breaking technology developed by Hydrogen in Motion, Canada.

This innovative solution will bring a zero-emission public transport vehicle, which would be competitive on costs with other technologies, added the release.

Mr. Sidharth R Mayur, Founder & Managing Director, h2e Power Systems, said, “We are thankful to GITA for their support to this novel idea, which has promise to amplify the zero-emission vehicle concept in India. h2e, again, is at the forefront on the hydrogen roadmap in India.”