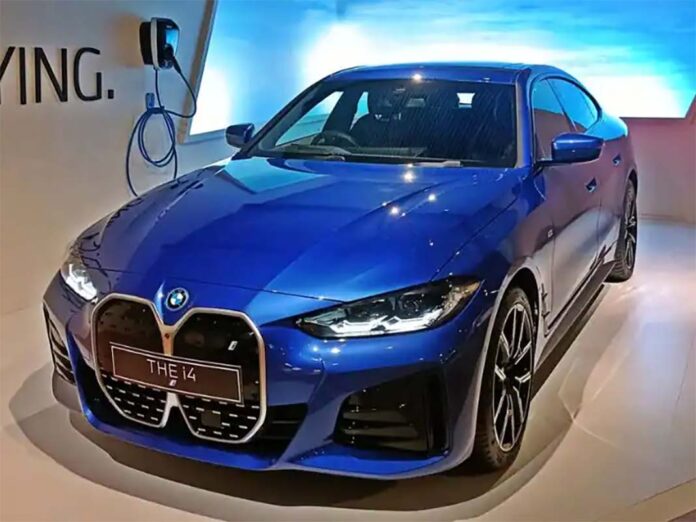 German luxury auto manufacturer BMW debuted its all-electric i4 Sedan in the Indian market on 28 April 2022. It is the third electric car to make its debut in India after the BMW iX and the recent Mini Electric, and the first electric luxury sedan to debut in India which made a global debut in the international market in June 2021, the automaker said. The cost of the new i4 sedan is expected to start from INR 80 lakh, according to various media releases.

The automaker claims that the i4 sedan’s M version can sprint from 0 to 100 km/h in 3.9 seconds, while the eDrive40 trim can achieve the same in 5.7 seconds. The new electric sedan’s powertrain comes with an 81.5 kWh battery pack and produces 330 bhp of power and 430 Nm of torque. BMW also claims that the new i4 offers up to 590 km of range on a single charge.

The automaker also claims that its electric sedan comes with a fast charge capacity of up to 200kW, which can recharge the battery from 0 to 80% in 30 minutes, while a full charge using its 11kW home charger can be achieved in under 8 and a half hours.

The new sedan runs on the company’s proprietary iDrive 8 software and also supports overthe-air updates. The car also gets an option to upgrade to EV-specific designed alloy wheels, which are optimized for smoother aerodynamics to reduce the drag coefficient, a company release stated.

According to the automaker, the sedan also offers nearly 40 driver assistance functions such as front-collision warning, speed limit info and lane departure warning fitted as standard. In addition, safety features such as driving assistant professional including steering and lane control assistant, park distance control and reversing assist camera, and the remote 3D view are also available.