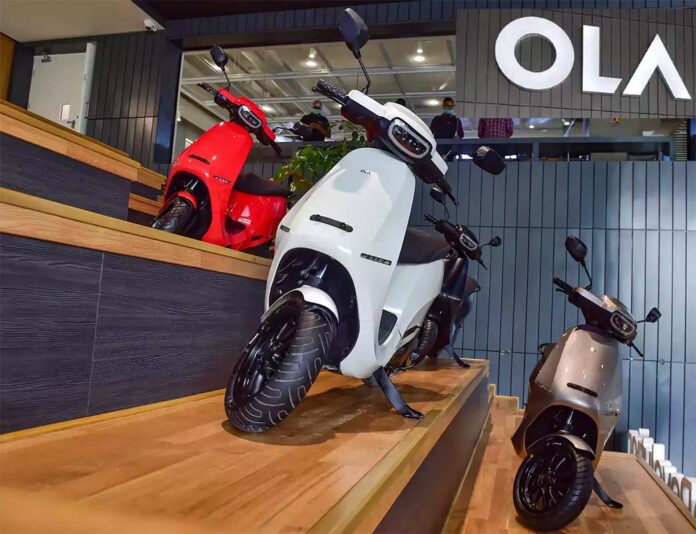 It has been just five months since Ola entered the electric two wheeler market but last month it displaced Hero Electric to become the new segment leader.

According to the government’s Vahan portal, Ola Electric delivered 12,683 units to its customers, registering a 39% increase over its tally in March. Hero electric on the other hand witnessed a 50% decline at just 6,570 units last month. It not only lost its crown but also got pushed back to the number three slot as Okinawa delivered more than 10,000 scooters in the month for the first time.

Though Ola Electric has never shared the number of bookings it has received from its customers, Vahan numbers show how sales have grown since deliveries first started in mid December. After struggling with the cumbersome processes at RTOs–Ola uses a direct to home delivery model bypassing traditional dealers– its sales have grown at a fast clip month on month this year.

Hero Electric also witnessed a strong growth in recent months–in March it delivered over 13,000 scooters, but on Saturday it admitted to facing acute shortage of semiconductor chips that meant it could not dispatch even a single scooter to its dealerships. It indicates that its tally in May would also be constrained, which would act as an advantage to Ola.

“It’s like putting an emergency brake on a fast moving train. Our sales were almost doubling month on month and we somehow managed with sourcing from different geographies but the war collapsed a major supply chain resulting in this disruption,” said Sohinder Gill, CEO, Hero Electric. “We have geared up alternate sources and will soon resume production. Meanwhile we are using this time to enhance our plant capacity to increase our production volumes as well as revisit our systems and processes related to batteries to further reinforce the quality assurance of our bikes.”

“The recent happenings of fire incidents is an awakening call for the industry and we believe that even the best of the companies should introspect and constantly improve their designs and quality to repose confidence in the electric mobility that is going through such a robust growth path.” he added.

Though none of Hero Electric’s scooters have caught fire, Gill’s comment on fires is a subtle dig at Ola. One of the S1 Pro’s scooters in Pune caught fire in late March raising questions about the safety credentials of the company. In April, it announced a recall of 1,441 scooters to check the batteries.

It has had other problems too. Initially, customers complained about long waiting periods and delays in delivery of the scooters. Then a number of glitches in the software saw irate users take to social media voicing their concerns. Instances of bugs in the software leading to the scooter going in reverse at high speed or the range in the battery suddenly dropping, were also reported. These instances however, have not impacted the demand for the scooters so far, something that Bhavish Aggarwal has used to defend his firm.

“Customers are voting with their money. We have the largest market share in the industry and nobody else can claim that,” Aggarwal told journalists recently. “There has to be a reason why customers are buying our scooters. They wouldn’t if it wasn’t good. And not just one time customers but we are seeing repeat customers.” “From one purchase window to the next, demand is only going up. It is actually a matter of whether we can ramp up production in time to satisfy the demand. My target is that customers should get their scooters within a week of booking. Right now it takes about a month,” he added.