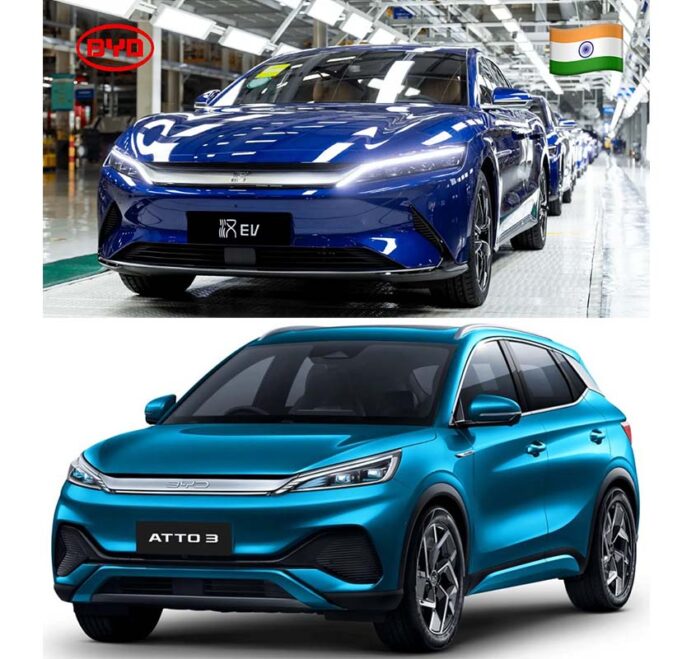 BYD India is a wholly owned subsidiary of Warren Buffet’s Berkshire Hathaway funded Chinese company BYD Auto. “If need be, we will expand the capacity,” Sanjay Gopalakrishnan, Senior Vice President of Electric Passenger Vehicle Business said. As per the government’s vehicle registration data available on the Vahan portal, a total of 305 vehicles have been registered in 2022 and last month it was 63 units.

Citing some of the vehicle registration offices in the country are not connected to the Vahan portal Gopalakrishnan said: “We have delivered about 530 units to our dealers. About 83 of them are with the dealers and the remaining has been sold to the buyers by them.” Gopalakrishnan said BYD India will be launching its new model Atto3 soon.

He said sales of the new model will start happening from January 2023. Gopalakrishnan declined to comment further on the company’s proposed launch. The Atto3 is supposed to take on Tata Nexon EV. “On the distribution side we will be having about 23 showrooms by the end of this year and 50 next year,” he added.

Presently, the company has seven showrooms in the country. BYD Auto recently reported better-than-expected results for the first half of the year, registering $21.7 billion in revenue that was nearly 66 per cent up from the same period last year.

The company is slowly penetrating the European market. It has already begun operations in Norway and is looking to start business in Germany, Sweden and the Netherlands. China remained the market leader in EV sales, followed by Europe and the US. China’s EV sales increased by almost 92 per cent YoY to reach 1.24 million units from just 0.64 million units in Q2 2021. As it has happened in the internal combustion engine (ICE) vehicle industry, the Asian automobile makers are expanding their offering and enjoy certain advantages over Tesla, said S&P Global Ratings in a research report. As a matter of fact, BYD has overtaken Tesla in the first half of 2022.

In India BYD has two plants – one for car making and the other for electronic items- involving a cumulative investment of about $150 million.