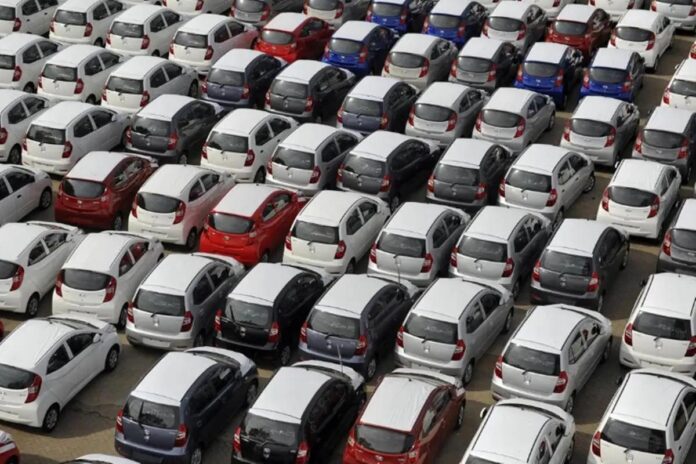 Automobile sales continued to peak in the month of November with most passenger vehicle manufacturers registering double digit growth. Similar trend was witnessed in the two-wheelers, three-wheelers, and commercial vehicles with slight variations. The growth is also result of a low base in November last year when the industry was facing negative head winds in the form of component shortages and threat of new Covid 19 variant – Omicron. Most of the manufacturers were able to maintain the growth momentum of the festive months in November.

Among passenger vehicles, Maruti Suzuki India sold a total of 1,59,044 units in November 2022 against 139,184 sold in the same month last year, registering growth of 14.26 per cent. Total sales in the month include domestic sales of 135,055 units against 113,017 units sold in November 2021. Sales to other OEM was 4,251 units against 4,774 units in the last year period. Exports also showed degrowth with 19,738 units in November this year against 21,393 units sold last year. The shortage of electronic components had a minor impact on the production of vehicles, mainly domestic models.

Commenting on it, Mr Yuichi Murata, Director, Marketing and Sales, Honda Cars India Ltd said, “Riding on the back of relatively better economic prospects, the demand for cars has continued well post the festive season and this momentum is also visible in our sales numbers. We are positive that the trend will continue, and we will be able to cater to the growing demand as India goes back to the pre pandemic mode.”

Commenting on CV sales, Ms Sruthi Thomas, Assistant Vice President and Sector Head – Corporate Ratings, ICRA, said, “CY22 came as a year of relief for the domestic commercial vehicle (CV) industry. Accordingly, with the various growth drivers being intact, all the subsegments reported sales increase, and these trends are expected to continue into the next year as well. M&HCV trucks are expected to grow by 15 pc – 20 pc in FY23 and 10 pc – 12pc in FY24, with growth continuing to be supported by traction in construction and mining activities, as well as the pent-up replacement demand.”

In November, the top two-wheeler makers reported double-digit growth on the low base of last year. Though there are signs of improvement, the economic health of rural India is not yet back on track, indicated by the lower sales of motorcycles. On a sequential basis, November sales for all OEMs were in the red. In October, wholesales of two-wheelers were up in anticipation of the festive season demand.

Among two-wheelers, Hero MotoCorp sold 390,932 units in November 2022, a growth of 12 per cent over the corresponding month of the previous year (November 2021), when the company had sold 349,393 units. The company expects the momentum to build-up in the coming quarters on account of favorable economic indicators, including encouraging farm activity and positive consumer sentiments along with the upcoming marriage season.

Two-wheeler demand has remained weak over the past few years, with consumer sentiments impacted by factors such as income uncertainty during the pandemic period and a persistent hike in two-wheeler prices led by both regulatory changes and inflationary pressures. According to Mr Rohan Gupta of ICRA, “The festive season brought some respite to the sector, with retail offtake in October 2022 growing higher than in the pre-pandemic levels.”