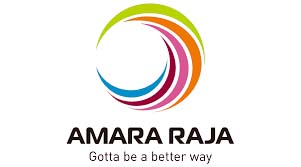 The Amara Raja Group on December 2 announced that it has won eight Par Excellence awards at the 46th International Convention on Quality Control Circles, held in Hyderabad from November 24 to 27.

The Indian conglomerate had entered eight teams in the international level competition. Up against over 900 teams comprised nearly 5,000 participants from 13 countries, they each won the Par Excellence award.

Mr C Narashimulu Naidu, Chief Operations Officer said: “I am incredibly proud of the success our teams have achieved on such a prestigious global stage. Their achievements are certainly testament to the exacting quality control standards we aspire to at the Amara Raja Group.”

Quality Control Circles (QCC) are a participative approach to problem solving in which groups of operatives from the shop floor area identify, analyse and devise solutions to problems, driving a continuous improvement in business and quality standards.