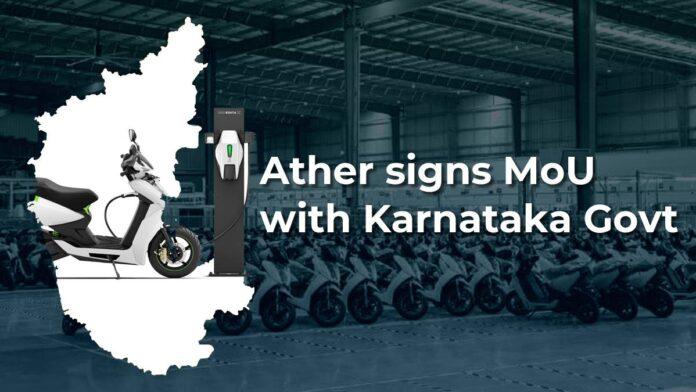 In a major boost to its rapid expansion in the country, Ather Energy signed a joint MoU with the State Of Karnataka, committing to 1,000 Ather fast chargers across the state. Tarun Mehta, Co-founder & CEO, Ather Energy, took to Twitter to share the news, which comes in days after the company announced its monthly sales data for the first time, reportedly selling 2,825 units, registering a year-on-year growth of 366 per cent over January 2021 numbers. In the previous month, the company expanded its footprint in two new markets, Nagpur and Lucknow.

Ather is also building its war chest amid rising competition from start-ups like Softbank Group-backed Ola Electric, which recently raised $200 million, as well as from India’s traditional bikemakers like Hero Electric, Bajaj Auto, and TVS MotoCorp, which are speeding up their clean mobility plans. Recently, the Hero MotoCorp board approved a new investment of Rs. 420 crore in Ather Energy, in line with its vision towards future mobility. Till now, Ather Energy has raised about 12 billion rupees ($160 million) since its inception in 2013.

The Bengaluru-based start-up had also said it has committed to invest Rs 650 crore in the next five years to improve operational efficiency and production capacity to meet the exponential surge in demand.